Who are the Mandaeans? 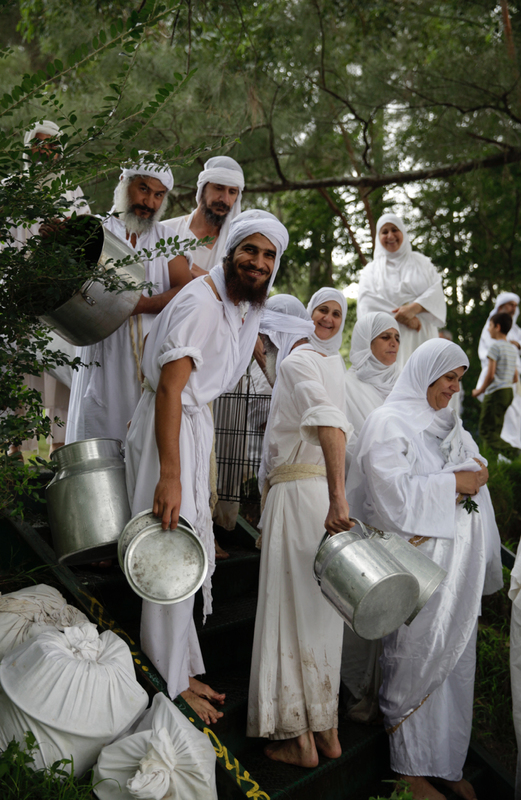 One of the world’s oldest and smallest religious communities, the Mandaeans are sometimes known as the Sabians or the Christians of St John. They have lived in Southern Iraq and Iran (Khuzestan province) for over 1000 years, alongside the rivers that play such an important role in their religious life. They may have originally come from Palestine, though there are different opinions on this question. From the 1960s onwards, they began to leave their traditional villages and settled in some of the larger cities: Baghdad, Basra, and Ahvaz, where many Mandaeans found prosperity and success in the larger society of Iraq and Iran. After the Islamic revolution in Iran of 1978-1979, their status was unclear; despite reports of persecution the community survived. The Iran-Iraq war separated the two communities, but worse was to follow for the Iraqi Mandaeans; after 2003, the escalation of sectarian violence caused huge numbers to flee the country. Human rights abuses also increased in Iran. We estimate that there are 60,000-100,000 Mandaeans scattered worldwide, but it is not possible to be sure. We are certain that there are fewer than 50 priests left, and as of 2018, it is quite possible that within a generation there may be no more left Mandaeans in Iraq and Iran and the entire community will face a future in diaspora.

Mandaeans nowadays live all around the world: in Europe (5,000 in Sweden; 4,000 in the Netherlands; 2,500 in the UK, plus unknown numbers elsewhere on the continent), in America, in Australia and in various countries of the Middle East, especially Syria, where once again, they now face a highly uncertain future in a context of civil war.

This picture (right) shows Mandaeans waiting for rituals by the Nepean River, near Sydney, Australia, in 2016.

The Mandaean religion entrusts priests with the responsibility of keeping religious knowledge and performing extremely complex rituals which help souls through this life and into the next. This allows most people to live their lives in the certainty that the tradition will be passed on, that there are specialists available to be consulted on individual matters and to perform the necessary rituals. Few lay Mandaeans have any religious knowledge. 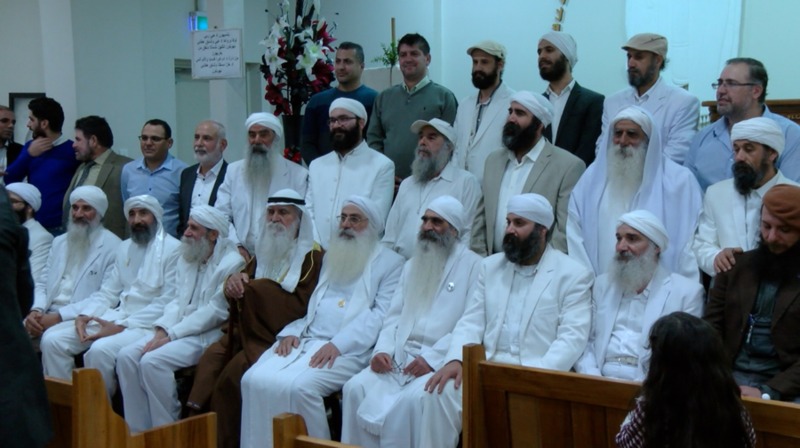 Most of the time this system has worked very well and has guaranteed the survival of the Mandaean religion to the present. But the system works best when the communities are close-knit and living very near each other. Nowadays Mandaeans are scattered all over the world and in many countries, such as Canada and the UK, the community is tiny and has no priest to serve it. There are fewer than 50 priests worldwide.

For the Mandaeans in the rest of the world, there are difficulties – not only is there a shortage of priests, but the policy in many of their new homelands is to spread them all over the country, which lessens their chances of building up viable communities. But in Scandinavia and Australia, the numbers are large enough for them to build community associations and Mandis (places of worship). The picture above, taken in Sydney in 2016, shows the two Rishammas (world leaders), Ganzibri (High Priests),Tarmidi (priests) and Shkandi (assistants, deacons) from around the world, alongside members of the congregation.

See our Links page for websites linked to Mandaean communities.